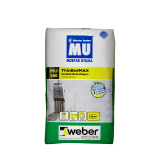 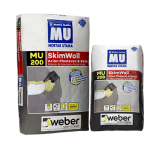 Instant cement for plaster and concrete finish coat that can also be used for internal and external finishing purpose.